The CIAC logo was designed by Angel Guerra, now an honorary life member of CIAC, between September and December 1983 when CIAC was just coming into being.  At that time, Angel was studying with Malcolm Clarke at the Marine Biological Association (MBA) in Plymouth.  Angel held a scholarship from the Bristish Council and fondly remembers Malcom and his wife, Dot, treating him like a son.  Of the seven sketches that Angel drew, Malcolm chose the last. And this has been the essence of CIAC’s logo from then to the present. 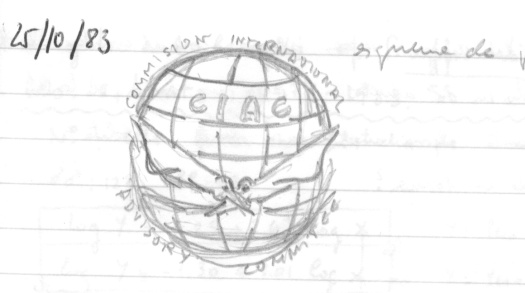